To Caucus or Not to Caucus? That is the Question.

Even dedicated, die-hard, like-minded Republicans ask every mid-term season, why do we caucus in off-year (non-Presidential) election years?

Republicans will also elect delegates and alternates to the County Conventions in March. Precinct caucuses will initiate the process for the selection of delegates to the district, state, and national Republican conventions. Grassroots political activism is confirmed every two years. We must take back the U.S. Third Congressional District. We have a U.S. Senate race, the Iowa Governor race, and the entire executive council for Secretary of State, Attorney General, Auditor of State, State Treasurer and State Agriculture Secretary. And we haven’t even started talking yet about all the Iowa House and Iowa Senate Districts across Polk County. It’s a full ship and we refuse to sink!

Mark your calendars right now, this minute for 7 p.m. on Monday, February 7. Be a part of the grassroots efforts as we move towards the VERY Important November General Elections. Now is the time to step up and get involved. Our state and country is worth it! We don’t have to wait until 2024 to start making a difference.

Final precinct maps will be released in the next few weeks by communities within Polk County. We know we will grow from the current 177 precincts in Polk County, and once we know those details caucus locations will be announced. 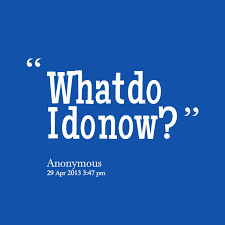 How can I get more involved in the Polk County GOP?

To learn more about how you can be involved, please send an email to [email protected]

GET INVOLVED AND MEET YOUR CANDIDATES

So there is no Presidential candidate on the ballot in 2022 but there are lots of races happening here in Polk County that will need your time, treasure, talent and involvement. Candidates file in March and are on the Primary ballot in June. Those who win their Primaries, move on to the November General Elections. So you can be involved as much or as little as you would like.

Who will be on the 2022 Republican Ballot?